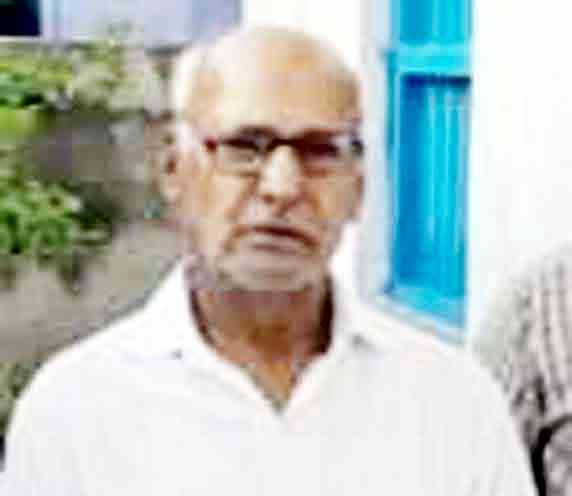 Comrade Yugal Kishore Sharma, 74, passed away on 20 November 2022 at his home in Khijarsarai in Gaya district. He was a dedicated leader of the party. He had suffered a stroke of paralysis last December and was recovering gradually, but a second stroke on 18 November proved fatal for him. He was born on 7 July 1948. A very talented student he got admitted to the Bihar Engineering College, but had to leave his persuit and later was graduated from Gaya College with Economics major in 1971. He was active in political movements since his college days and was the district secretary of AISF in Gaya.

CPI national leadership sent him in 1971 to Soviet Union for studies in Marxism. He returned after one year to join party activities and contributed remarkably as a teacher of Marxism. He became disillusioned with the CPI during Emergency days because of pro-Congress policies of the former and joined CPI(M). During 1980s he worked in CPI(M) on many fronts and gained popularity as a youth leader. He got disillusioned with CPI(M) in 1990 and left it. He started teaching mathematics to students and there too he was a very popular teacher. After dissociating himself from the CPI(M) he continued to take part in various social-political activities. His consistent campaign for installing a statue of Bhagat Singh in Khijarsarai in 2004 was successful. By that time he came into contact with the CPIML and became a member. Since then he has always been actively involved in various party activities and became party district committee member in Gaya. He attended two party Congresses held in Kolkata and Mansa. He was a member of party's Bihar state education department.

Comrade Yugal Kishore Sharma always remained committed to communist principles and stood firmly against every injustice and oppression. He paid a heavy price for this and was rendered homeless many times but his spirit could never be dampened in face of such repressions. His death is a great loss for the communist movement and the party.