Comrade Dilip Dasgupta breathed his last on 15 January at the Assam Medical College and Hospital, Dibrugarh where he had been undergoing treatment after having suffered a stroke in his respiratory tract.  Comrade Dilip had joined the Party in 1980 while he was a member of Namrup Fertiliser Cooperation Party Group. Hailing from Jamuguri Hat of Sonitpur district of Assam, Comrade Dasgupta started his professional career as a lecturer of Chemistry in one of the famous colleges of Assam - the Darrang College of Tezpur. Then he joined the Hindustan Fertilizer Corporation, Namrup as a chemist and he retired from this service as a Marketing Manager. Thereafter, he joined Judiciary Services and started practicing as an advocate belonging to Tinsukia Bar Association. He was also a member of the All India Lawyers' Association for Justice.

He was widely known for his benevolence and hospitality. His H.F.C quarter at Namrup was used as a regular party shelter for both underground and overground party functioning. He was once the centre of party activities in Namrup. Both in case of relatives and party comrades his hands were open to share everyone's owes and inconveniences. He was a member of the State Working Class Party Department and also a state member of the IPF. He attended the 2nd Kolkata IPF Conference as an Assam delegate. During the Assam movement he suffered state terror and police torture very often with other party comrades of Namrup. He was a very reliable, responsible, honest, gentle and modest Party member all along remaining loyal to the party till his last breath. 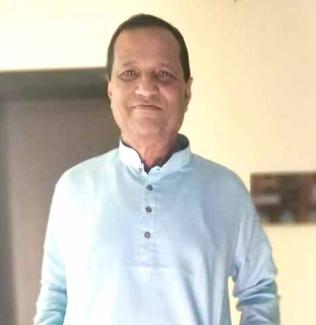